x
Uncategorized L.A. Guns Raise The Roof Off The House Of Rock With Their High Energy Set!

L.A. Guns raise the roof off the House of Rock with their high energy set! 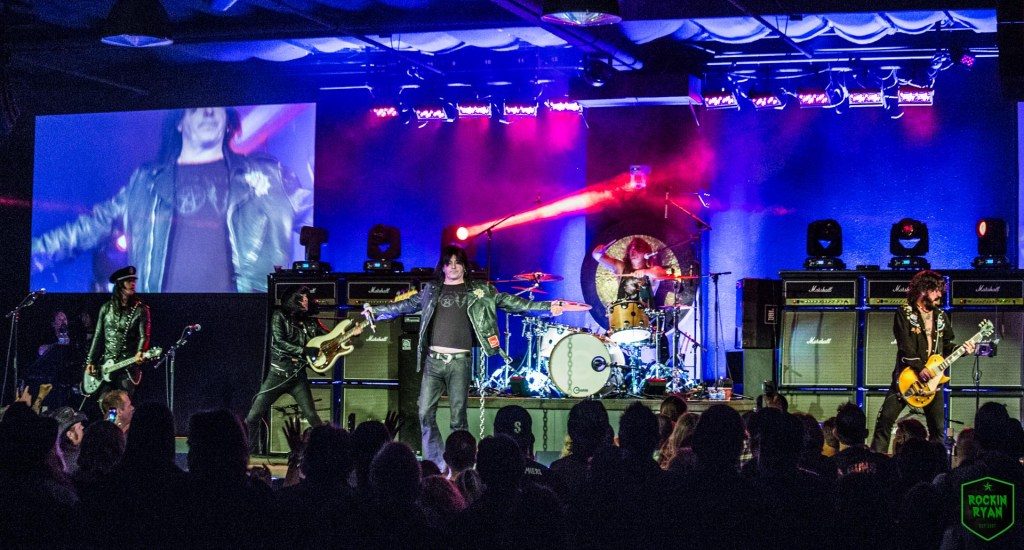 The Rock Star University House of Rock does it again as they bring another kick ass Rock Show to Santa Rosa! Saturday night, legendary rockers L.A. Guns were in the house for their Reunion Tour featuring Tracii Guns and Phil Lewis They night was kicked off with a great set by local blues rockers Kingsborough.

L.A. Guns rocked the venue hard and heavy and it was one hell of a  high energy set! The night consisted of non-stop L.A. Guns hits as well as treating the fans to some new songs that became instant fan favorites. Tracii wowed the crowd as he brought out his bow and theremin, highlighting his fast past paced guitar picking and precision playing. Phil’s voice had you thinking you stepped into a time machine, he sounded just like the original records. His energy grew with the crowd’s excitement and have everyone rockin. Johnny Martin on bass, looking bad ass, as if he just stepped out of CBGB’s in NY, treated the crowd to his ferocious basslines and backing vocals. Rocker extraordinaire Michael Grant was racing around on stage, fists in the air and getting the crowd fully pumped. He rocked his guitar, heavy and hard and didn’t let up until the last note. Shane Fitzgibbons was a madman on drums, his grand personality shining through his theatrics. We also want to mention the special treat of Gretchen Menn and Daniele Gottardo.    It was definitely a show to remember as the crowd raved about it as they were leaving.