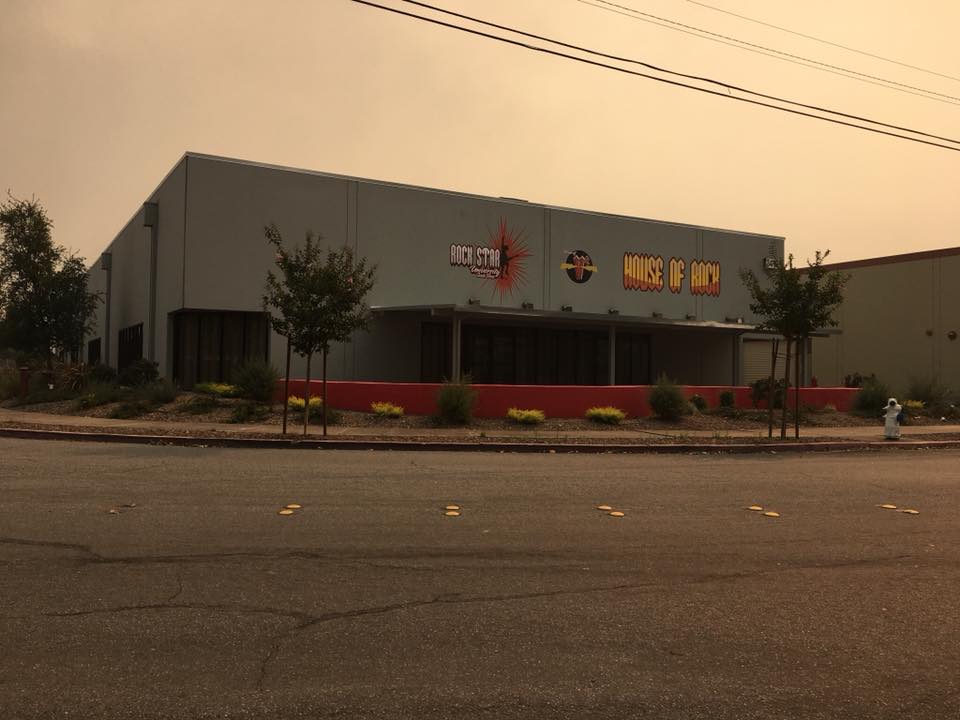 Rock Star University’s House of Rock survived the Santa Rosa fire due to placing security on the roof to extinguish burning embers floating down from the Hilton Hotel fire that raged for nearly two days. Other businesses and residential developments around House of Rock were less fortunate. Due to the devastation, we are canceling the November 4, Damage Inc concert. Ticket purchasers have already been refunded.

Unfortunately, Vittorio and Vincenzo’s Santa Rosa home burned to the ground with all its contents including some of Vittorio’s custom and vintage guitars. Most notable was a Les Paul that had that special tone used for all their albums and Angus Young’s personal guitar he used in the 1980 Back in Black tour that he signed over to the boys.

Vittorio and Vincenzo’s entire neighborhood for miles was lost. Their hearts go out to all their friends and families who are suffering as a result of the fire.

On December 9 we bring you ZOSO, a world class, national-touring Led Zeppelin tribute band who will take you back to the days when Led Zeppelin reigned as the kings of rock. Grab your tickets now. Let’s fill the House of Rock! All proceeds will go to help fire victims.