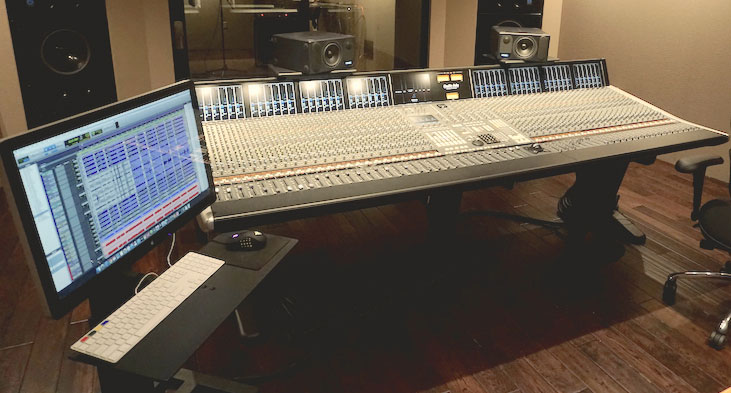 Santa Rosa, CA (May 9, 2017)—First opened as a rehearsal facility in 2012, last year saw Santa Rosa’s House of Rock become a 15,000-square-foot venue/recording studio/education facility. Now a year in, the venue has hosted Quiet Riot, Winger, Blue Oyster Cult, Lita Ford and Foghat on its stage, and has built an Arthur Kelm-designed studio.

The 683-capacity venue covers the crowd with JBL VerTec VT4886s, 5 per side flown, powered by Crown I-T12000s. A single JBL SRX728 subwoofer is used per side, powered by a single Crown I-T9000, and a Soundcraft Vi3000 96-input digital mixing console resides at the FOH position, while a Soundcraft Si Performer3 console is used in monitorworld

Evan Alexander, the venue’s current technical director and former systems integration specialist for Sound Expressions, the system designer/installer, noted, “The JBL system proved to be the optimal line array for the House of Rock. We needed a very directional pattern and controllable speaker, so we could direct the sound where it needed to go. Aside from that, it’s a dynamic sound system that can efficiently handle any music we put through it, from heavy metal to jazz. it has that crispness and punch for hard rock and heavy metal and live jazz is always the high-fidelity elegance you expect.”

FOH houses one of the two Pro Tools HDX systems (MADI HD via optical MADI 48k 24 bit, 64 track), with a second Pro Tools HDX system (Focusrite Rednet HD32R via Dante 48k 24 bit, 64 track) installed in the studio. Both systems are integrated into the studio suite’s SSL console for live recording from the stage. The SSL is also utilized for the final live broadcast mix on live internet streaming performances.