x
Rock Star University Vicious Rumors Return To Where It All Started Back In 1979… Santa Rosa, As They Performed At House Of Rock 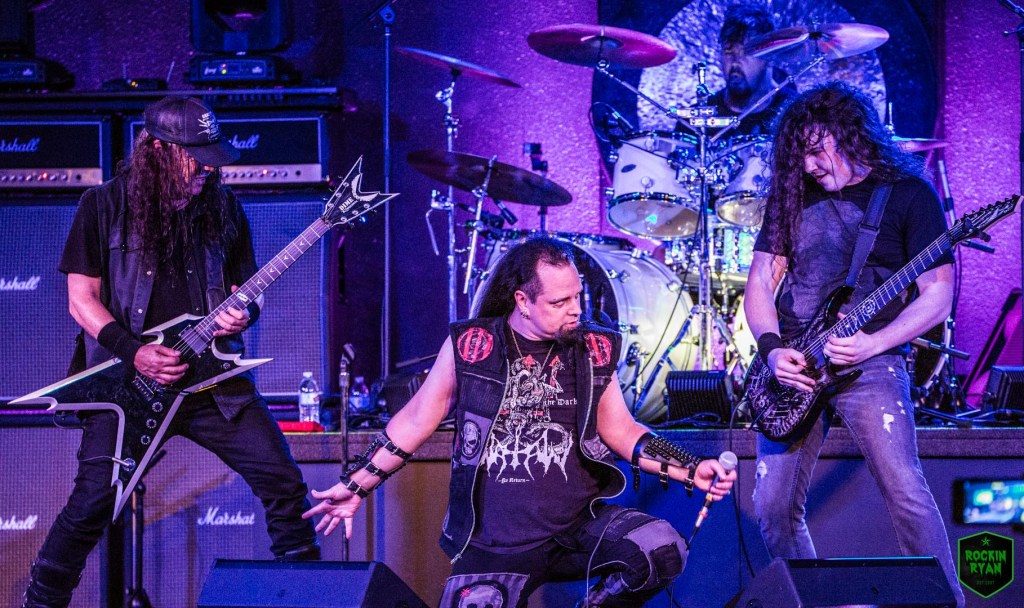 Power metal band Vicious Rumors returned to where it all started back in 1979…   and this past weekend they returned to where it began. They performed on Saturday night in Santa Rosa at Rock Star University House of Rock.  They kicked off the night with a fierce set by Kill Ritual. The metal intensified as Vicious Rumors hit the stage. Die hard longtime fans were in attendance and it was a great set filled with songs that spanned their long career.

Make sure to check out the upcoming shows at Rock Star University House of Rock, top notch premiere venue in the Bay Area. Upcoming shows include a weekend of benefit concerts for ANOVA Center for Education, a school for autism and learning differences.  The weekend of September 29th & 30th will have shows featuring tribute bands, The Atomic Punks  (Van Halen tribute) and Faithfully (Journey tribute)

and other upcoming shows.