On Saturday, February 20, Vittorio and Vincenzo received more recognition in their impressive climb to Rock N Roll stardom when Paul Tonelli and Chasta, co-hosts of the Lamont and Tonelli Show, on 107.7 The Bone, the most listened to morning show, on the biggest rock radio station in the entire San Francisco Bay Area attended the boys’ concert and proclaimed the boys the “Greatest 12 Year Old Rockers in the World!”

Paul and Chasta presented Vittorio and Vincenzo with a special hollow body electric guitar signed by all of the The Bone’s on-air celebrity DJ’s acknowledging that in all the rock concerts they had been to over the last 20 years, they had never seen such an amazing performance.

But it has not stopped there… They were so blown away, Paul, Chasta, and Lamont are still talking about the concert on the 107.7 The Bone’s Lamont and Tonelli Show.

And here are a few photos from the concert… 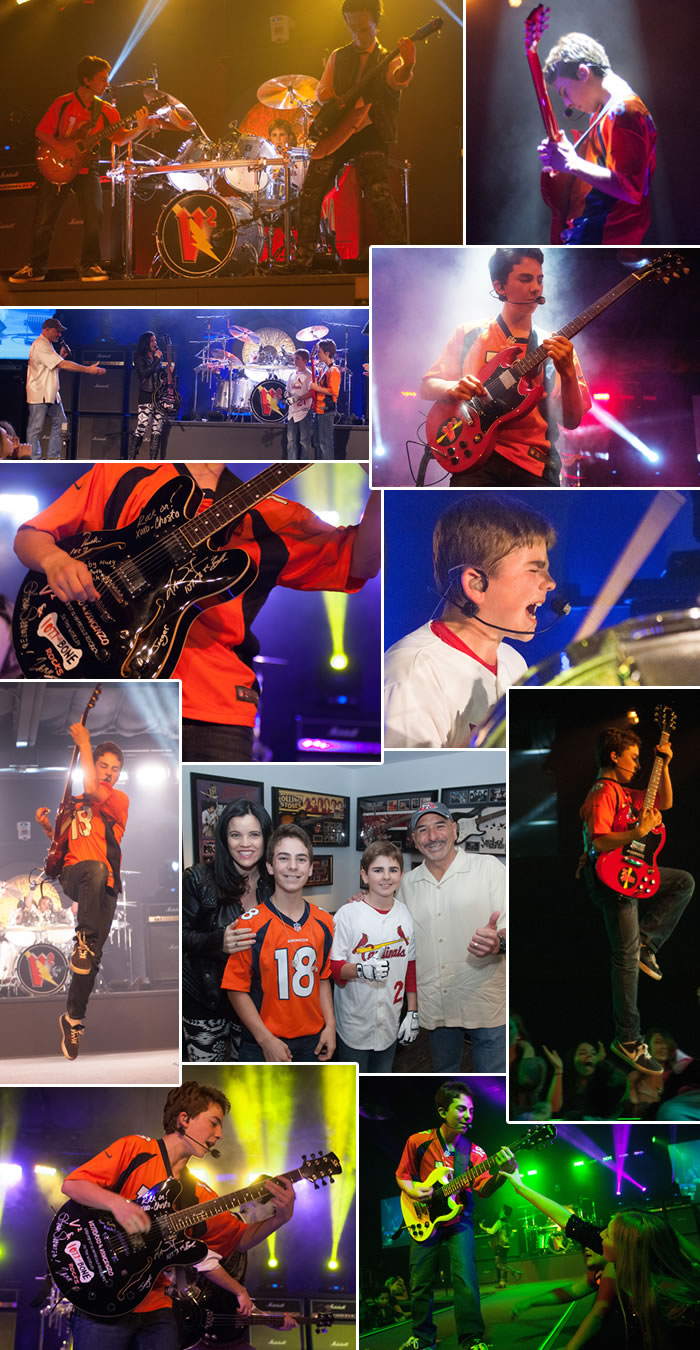