Artists: Winger and BulletBoys
Postponed until 2022 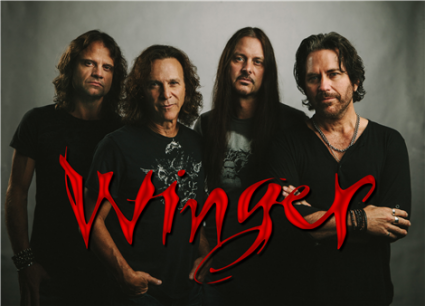 Winger is an American hard rock band from New York City. Their debut album, Winger, came out on Atlantic Record’s label in 1988 and achieved platinum status in the United States and gold in Japan and Canada. It spawned such hits as “Seventeen” and “Headed for a Heartbreak.” To support the album, the band toured for over a year with Bad Company, Scorpions, Cinderella, Bon Jovi, Poison, Skid Row and Tesla.

21 & over unless accompanied by a legal guardian. Absolutely NO FLASH PHOTOGRAPHY or VIDEO FOR ANY SHOW.