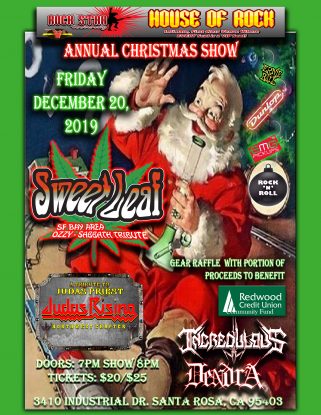 Judas Rising (NW Chapter) is a Seattle Judas Priest Tribute providing an exciting, live concert experience. Join us for a true tribute to the Metal Gods!

About
We’re a Bay Area prog/thrash metal group looking to do nothing more than roar out some tunes.

It’s been brewing for a while but because of the most recent additions, Incredulous is finally ready to show itself. Due to many member changes this process hasbeen long delayed.

Biography
Formed in late 2014, in Sebastopol, CA, by Branden Carrell, Stephen Coon and Forest Giulietti. They started jamming on some riffs they had separately written here and there, with the idea of starting a thrash metal project, slowly writing material and finding the sound they were looking for. In late 2016, after a fair amount of tuning, tweaking, writing and member-swapping, they were put in touch with drummer and singer Rafael Bañuelos. After some time working together, and rotating members when needed, they settled with the configuration that is Incredulous.
Dendra