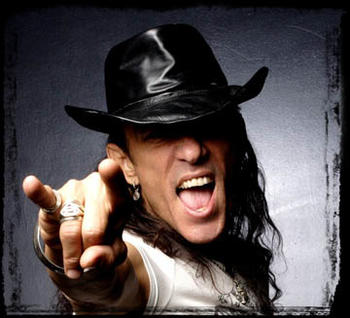 Stephen Pearcy of RATT will be performing a greatest hits set.

As founder, lead singer, and songwriter of the metal band, Stephen Pearcy
led his creation to mega multi-platinum success year after year and captured critical acclaim for his performances. In 1984 RATT released the album “Out of the Cellar”, which has hits as “Round & Round”, “Back For More” and “Wanted Man”, followed by sold out tours throughout the world.

Their last recording, 1991’s “Ratt 8191” marked the end of an era, and to the chagrin of many die hard “metalists” who seemingly could never get enough of Pear- cy, it seemed to mark the end to a self proclaimed “dynasty of rough & tough metal” that ruled thru the 80s.

In 2017, Stephen Pearcy will release his 5th solo album by Frontiers Records.