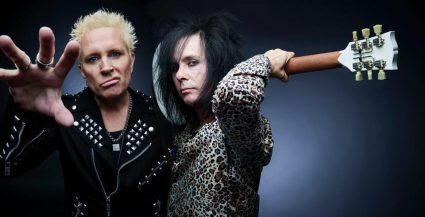 Generation Idol performs an unforgettable night of classic Billy Idol music spanning almost four decades. The band faithfully captures the spirit of Billy Idol live in concert playing such mega-hits as “Mony Mony”, “Dancing With Myself”, “White Wedding”, “Rebel Yell”, “Cradle Of Love”, “Hot In The City”, “Flesh For Fantasy”, and “Eyes Without A Face”. Going on their 5th year performing, the band has wowed crowds in major cities across Texas, Georgia, Arizona, New Mexico, Oregon, Ohio, Nevada, and their home state of California.

Attendees of Generation Idol’s April 6, 2016 performance on AXS TV’s “The World’s Greatest Tribute Bands” were blown away by Craig and his band, raving about the group immediately after the show:

“I don’t hear a difference. They’re amazing. They sound just like ‘em. I think Billy should be proud!”

“The energy was off the charts – best thing I’ve seen.”

“The way he (Craig Knight) got everybody to motivate and sing along – I mean, it was like everybody in unison.”

Falkönner is everything you love about that razor’s edge in musical history (1983-1986) when seriously shreddy guitar riffs collided with catchy hooks and lush vocal harmonies to land heavy metal on the pop radio dial.