The Aces with special guest HUGElarge 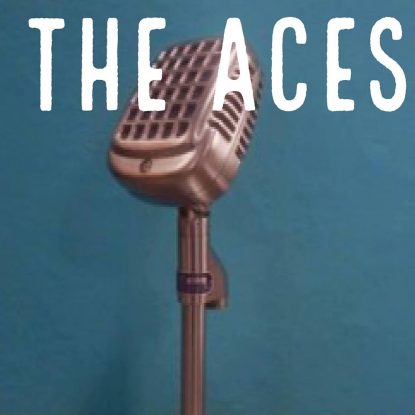 The Aces brand of energetic leftfield punk/blues hits all the right spots, combining a heavy-duty growler of a singer with a guitarist who jabs and slashes like a cornered serial killer, and a wailing siren of a harmonica, which says that the cops are coming, but not to rescue you. The essence of this sort of stuff is to unsettle and even intimidate the listener while carefully maintaining complete control from your own end. No-one Rides For Free, the band’s first release on El Toro combines these essential elements with a steady and authoritative bass-free backbeat to produce a ten track collection which well deserves wider attention.

“Two well-dressed friends, one cocktail drum, one 12 watt amplifier. A short set list of songs, all covers and routinely requesting the opening slot. All these things worn as a badge of honor, running antithetical to the aspiring musician’s professional modus operandi. Really, what’s there not to like about this band?
HUGElarge are Robert Malta and Matt Norelli, two musicians who have years of experience in the professionals game of extensive touring, long recording sessions, hauling pounds upon pounds of equipment – your usual soul crushing tedium. Convinced that it was possible to regain the excitement of banging out songs for fun, Malta bought a tiny Silvertone amplifier at a garage sale and talked Norelli into playing just one drum, “purely as a way to get together and have fun,” insists Malta.
Their minimalist approach is intact, and a HUGElarge show is a damn good time, owing in part to the duo’s impeccable taste in choosing cover songs by the likes of ? & The Mysterians, Roky Erickson, The Standells, T. Rex, and The Stooges among others.