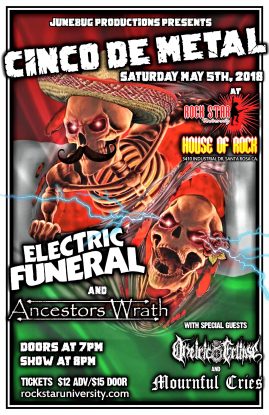 Tim was on tour in Russia in 1999 with his band ANVIL of DEATH. He met Lance they were at the same festival with SKITZO performing in 1999 when they got back to the states they talked about putting together a tribute act and thus the FUNERAL was born.